Proposal for dealing with the Ukrainian issue 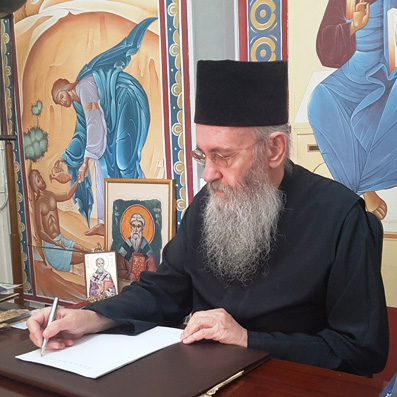 The Ukrainian issue has preoccupied the Orthodox Church in recent times, from 1990 until today, a period of about thirty years. When the Ukrainians formed a state, they too wanted to acquire an autocephalous Church and Patriarchate. The Church of Russia did not give its consent, but only granted increased autonomy. For this reason, it also punished those who proclaimed the Ukrainian Church to be an Autocephalous Patriarchate by deposing them. From that time onwards in Ukraine there was a Church that comes under the Church of Russia and another two schismatic groups.

I have written twenty articles on this subject. The first was written in 2008, the second in 2014, and the others in the two years 2018 and 2019. In these articles, my main concern was the deeper cause of the issue, from which various other issues have arisen from time to time.

In the articles I have written I have tried to accentuate six serious topics. Firstly, the regime of the Church is synodical, but also hierarchical. Synodality cannot be emphasised on its own, without the hierarchical system, because this is a Protestant way of thinking. Secondly, the Autocephalous Church cannot function independently of all the other Churches, as ‘autocephalism’; rather, it is self-administering, but not completely independent. Thirdly, Apostolic Succession is inseparably linked with the Apostolic life and tradition within the mystery of Pentecost. Fourthly, the Church resolves the issues that arise with strictness and economy, and economy is used subject to certain conditions and essential prerequisites. Fifthly, from time to time various ecclesiastical illnesses appear, which I would describe as dysfunctions of the synodical and hierarchal regime of the Church, such as the theory of “the Third Rome”, which aim to overturn the decisions of the Ecumenical Councils. Sixthly, the document for granting the Tomos of autocephaly to a Church had been agreed at the Pan-Orthodox conferences, but there was a disagreement, for which the Church of Moscow is responsible, about who would sign this Tomos.