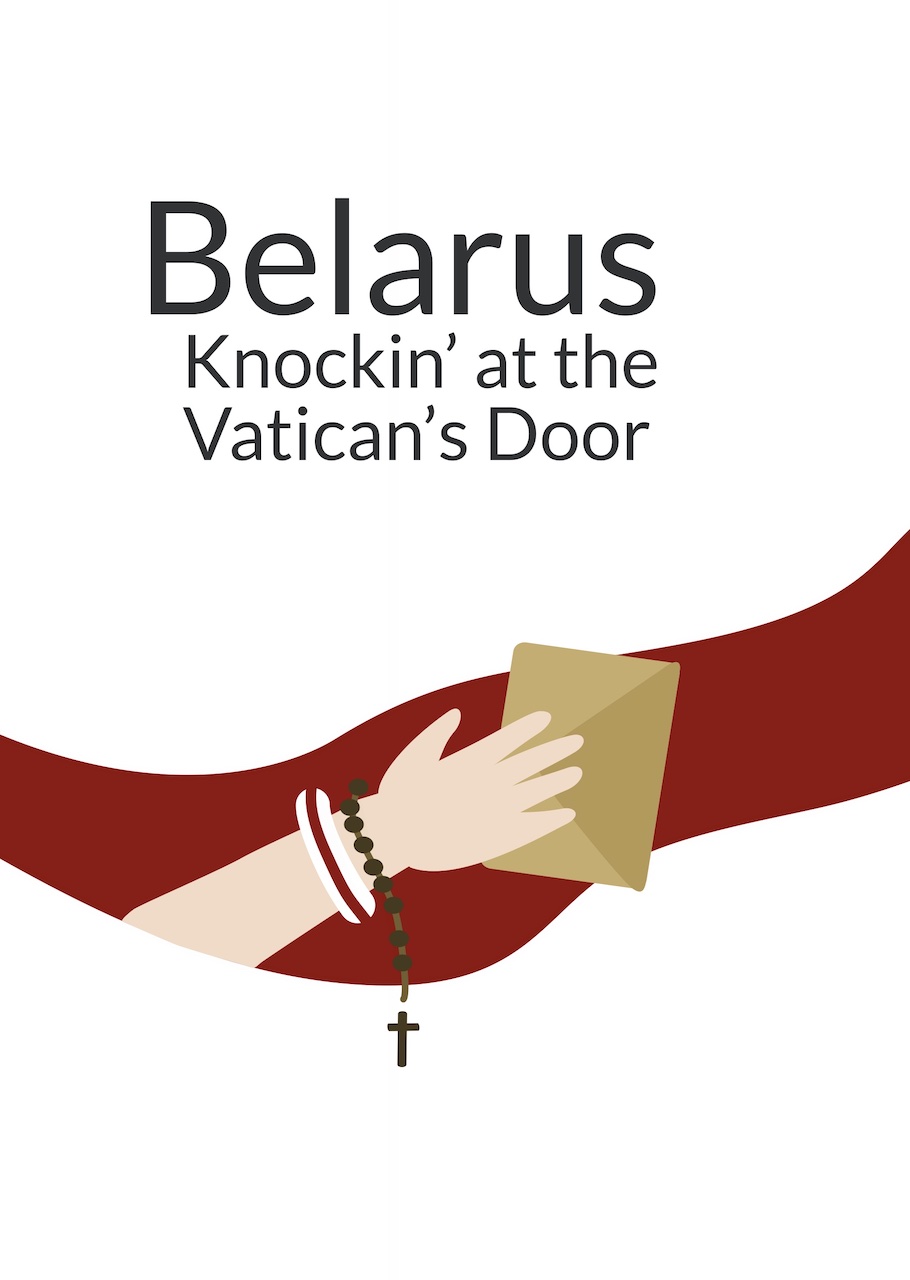 Over the past two years, Belarusian civil society, as well as political prisoners and their families, have repeatedly appealed to the Holy See and Pope Francis in the hope that the Vatican will be able to help stop the repression in Belarus and release political prisoners. The Christian Vision group follows these efforts and often facilitated them.

It opens with Sviatlana Tsikhanouskaya’s response to Pope Francis’s encyclical Fratelli tutti, in which the leader of democratic Belarus reflected on the ways to resolve conflict in society in conditions where one side has all the means of violence and willingly uses them to usurp power.

The theme is continued in the text of Rev. Viachaslau Barok, a popular video blogger and preacher, Pope Francis, how to stop the war in Belarus? How to stop evil?

All those appeals were accompanied by cover letters from the Christian Vision group; they are being published for the first time.

Also, a Christian Vision’s letter to the Secretary of State of the Apostolic See, Cardinal Pietro Paralin, is published for the first time.

An analytical article by the coordinator of Christian Vision, Natallia Vasilevich, The Vatican’s Reactions to the Belarusian Crisis, concludes the publication.

The electronic file (PDF, 1.4 Mb) of the book can be downloaded for free.

The printed version of the book is distributed by the Skaryna Press publishing house.