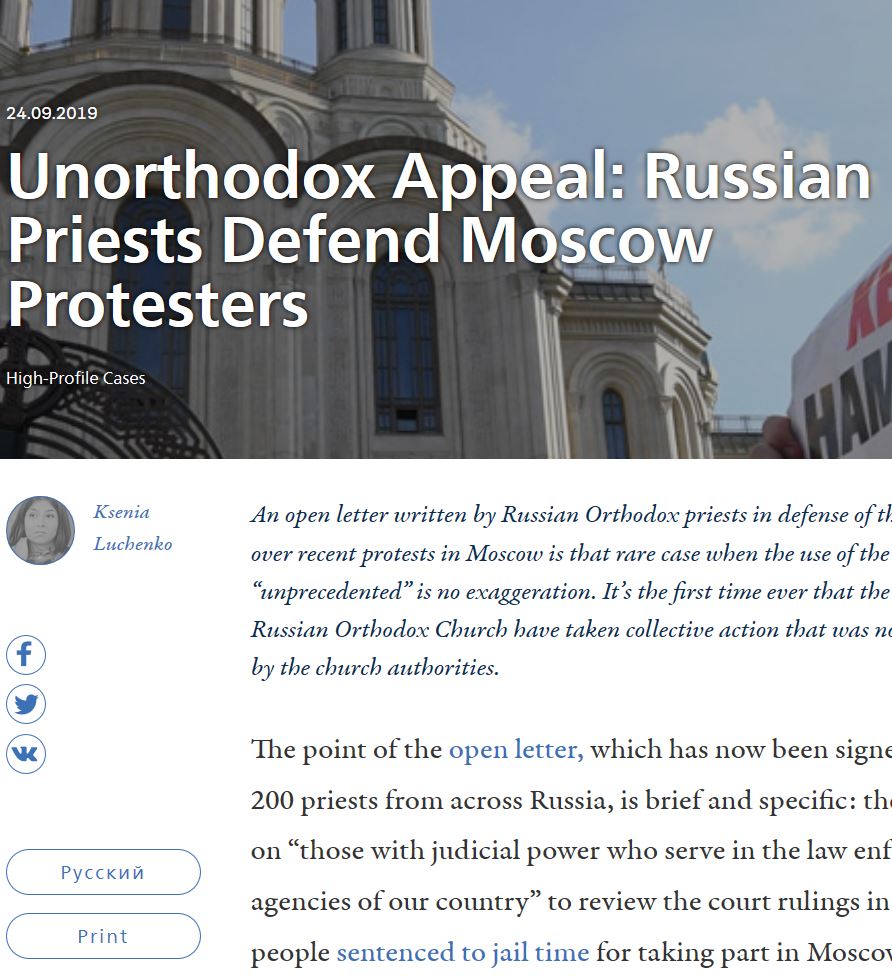 An open letter written by Russian Orthodox priests in defense of those imprisoned over recent protests in Moscow is that rare case when the use of the word “unprecedented” is no exaggeration. It’s the first time ever that the clergy of the Russian Orthodox Church have taken collective action that was not sanctioned by the church authorities.

The point of the open letter, which has now been signed by nearly 200 priests from across Russia, is brief and specific: the priests call on “those with judicial power who serve in the law enforcement agencies of our country” to review the court rulings in cases of people sentenced to jail time for taking part in Moscow protests, and to make sure that future sentences are fair.

“Many of you were baptized in the Orthodox Church and consider yourselves believers. Judicial proceedings should not be repressive, courts should not be used as a means of suppressing dissent, and the use of force should not be carried out with unjustified cruelty,” reads the letter, which has also inspired other professions including teachers, doctors, IT specialists, and others to write similar letters, amounting to thousands of signatures.

The letter expresses concern that the harsh sentences already handed down “are more likely to intimidate Russian citizens than to be a fair trial to the defendants themselves,” and quotes Paul the Apostle as linking fear to the human condition of slaves: “The Spirit you received does not make you slaves, so that you live in fear again” (Romans 8:15), as well as John the Apostle: “There is no fear in love; but perfect love casts out fear, because fear involves punishment, and the one who fears is not perfected in love” (1 John 4:1).