Workshop: A "Feudal Takeover": Ukraine between Church Canons and the Canons of War (2018–2019) 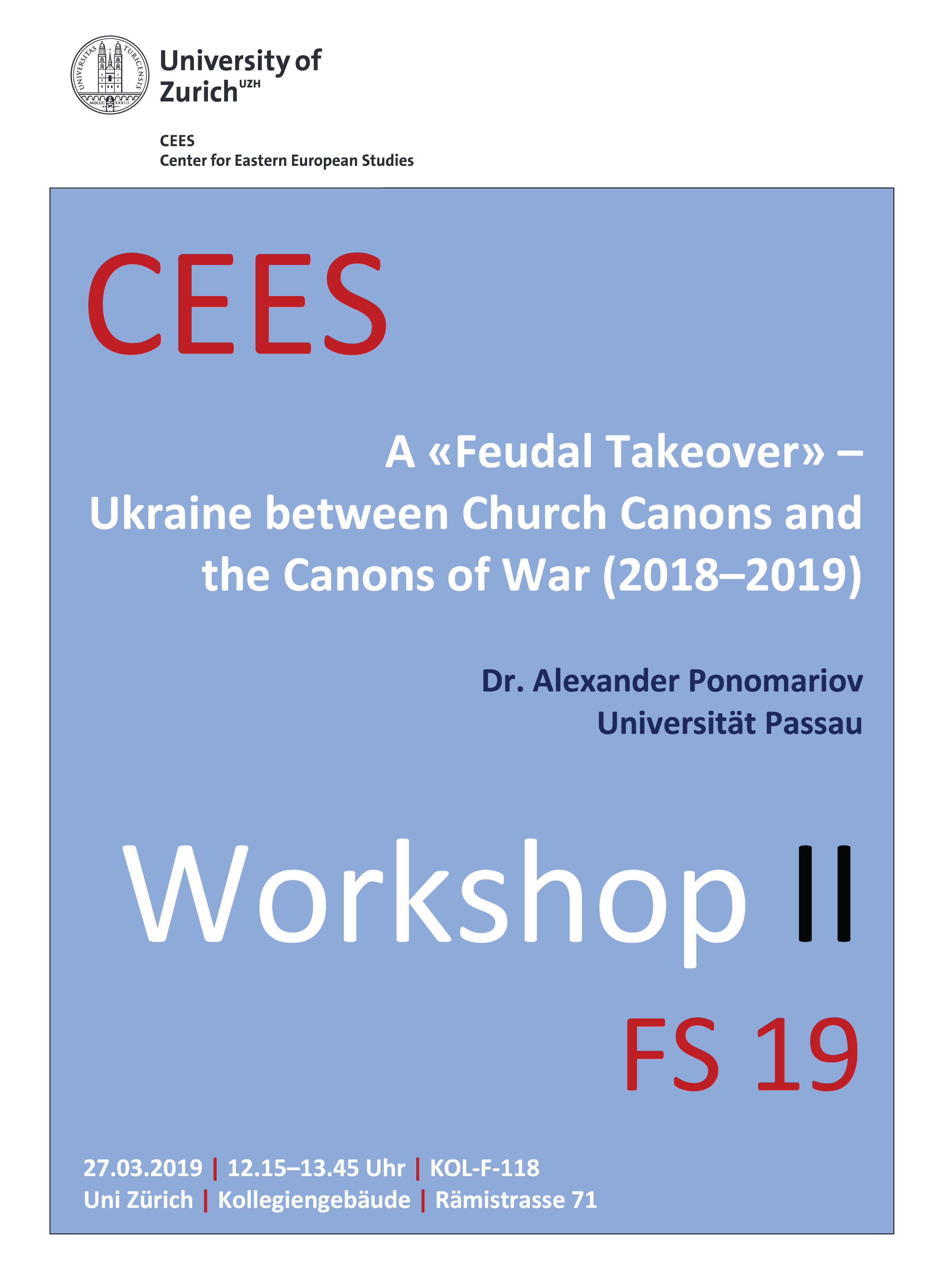 In January 2019, the Ecumenical Patriarchate issued a document of independence for the newly created Orthodox Church of Ukraine, recognizing it as the 15th church in its global Orthodox rankings. It was perceived by many as a “feudal takeover” of the jurisdiction of Moscow. The current situation has become possible because of what could be called the “Constantinopolitan Consensus,” when the Orthodox communities recognize the Ecumenical Patriarchate in Istanbul as primus inter pares based on antique canons. The incumbent Ukrainian President made church autocephaly one of the three pillars in his running re-election campaign (“Army, Language, and Faith”), which should symbolize definitive independence from Russia. In December 2018, for the first time in Ukrainian history, he even imposed martial law in the country in order to convene the required church council in Kiev, and then amended the Constitution regarding NATO membership of Ukraine in the future. The Moscow Patriarchate views such developments as “military operations” against it and is ready to resist with all means possible, both parties instrumentalizing church canons as the canons of war.