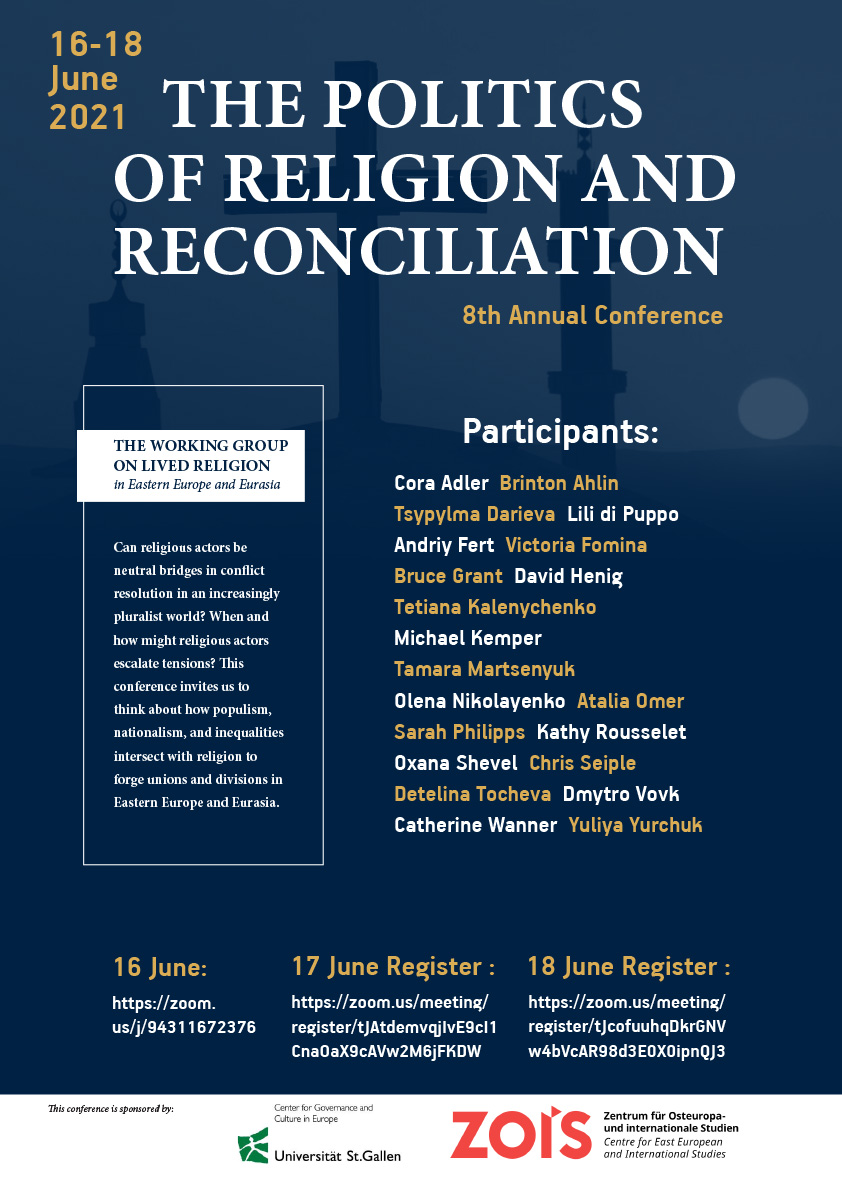 The Politics of Religion and Reconciliation

States and transnational governing bodies rely on faith-based organizations to play a significant role in processes of reconciliation and peacekeeping even as some states actively weaponize and securitize religion to resolve grievances. Is it realistic to expect religious actors to be neutral bridges in conflict resolution and healing traumas of the past in an increasingly pluralist world? When and how might religious actors escalate tensions by activating the links connecting religion and violence, and when might the cultural capital of religious institutions allow them to play a role in mediating processes of reconciliation and conflict resolution? This conference invites us to think about how populism, nationalism, and inequalities intersect with religion to forge unions and divisions in Eastern Europe and Eurasia.