Call for Papers: Anti-Genderism in Central and Eastern Europe 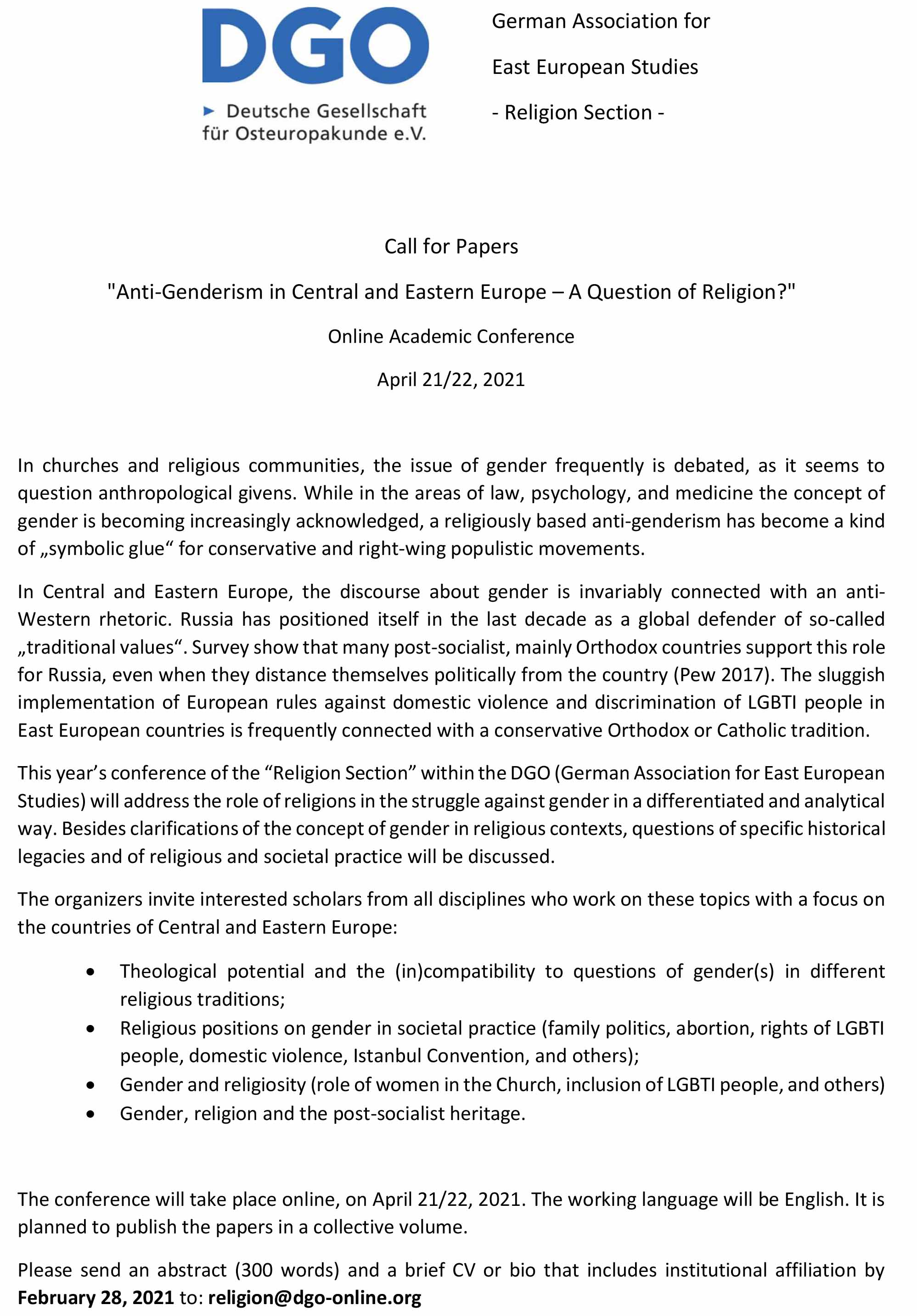 A Question of Religion?

In churches and religious communities, the issue of gender frequently is debated, as it seems to question anthropological givens. While in the areas of law, psychology, and medicine the concept of gender is becoming increasingly acknowledged, a religiously based anti-genderism has become a kind of „symbolic glue“ for conservative and right-wing populistic movements.

In Central and Eastern Europe, the discourse about gender is invariably connected with an anti-Western rhetoric. Russia has positioned itself in the last decade as a global defender of so-called „traditional values“. Survey show that many post-socialist, mainly Orthodox countries support this role for Russia, even when they distance themselves politically from the country (Pew 2017). The sluggish implementation of European rules against domestic violence and discrimination of LGBTI people in East European countries is frequently connected with a conservative Orthodox or Catholic tradition.

This year’s conference of the “Religion Section” within the DGO (German Association for East European Studies) will address the role of religions in the struggle against gender in a differentiated and analytical way. Besides clarifications of the concept of gender in religious contexts, questions of specific historical legacies and of religious and societal practice will be discussed.

The organizers invite interested scholars from all disciplines who work on these topics with a focus on the countries of Central and Eastern Europe:
- Theological potential and the (in)compatibility to questions of gender(s) in different religious traditions;
- Religious positions on gender in societal practice (family politics, abortion, rights of LGBTI people, domestic violence, Istanbul Convention, and others);
- Gender and religiosity (role of women in the Church, inclusion of LGBTI people, and others)
- Gender, religion and the post-socialist heritage.

The conference will take place online, on April 21/22, 2021. The working language will be English. It is planned to publish the papers in a collective volume.

Please send an abstract (300 words) and a brief CV or bio that includes institutional affiliation by February 28, 2021 to: