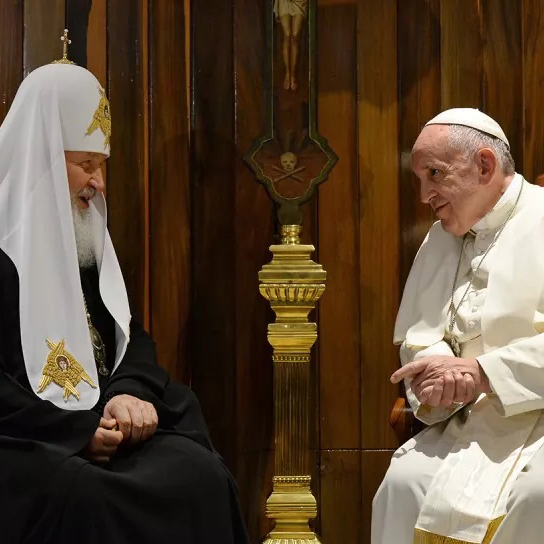 For six months, the world is watching Russia invading sovereign Ukraine, bombing civil objects, killing and abusing civilians, lying and manipulating international organizations, destroying fundamental trust – and legitimating all of this with a quasi-religious ideology.

Christian churches are perceived as institutions capable to facilitate dialogue where other actors fail.However, it is a paradigm of religions in violent conflicts that they can be only part of a peaceful solution if they are not part of the problem.

There has been written a lot about the role of the Orthodox churches in the war-torn region, which are deeply entangled with the conflict and the ideology behind this war.

This is one reason why international observers paid a lot of hope and trust in the activities of the Vatican and Pope Francis. Both the social ethics of the Roman Catholic Church and the spirituality of Pope Francis as well as the transnational and block-free, neutral, diplomatic position of the Vatican could have certainly provided a fundament for negotiations.

However, for six months almost every statement from Rome disappoints in its ambivalence and inability to name the truth:

In several symbolic acts, the Vatican equated the suffering of Ukraine and Russia in this war: when a Ukrainian and a Russian woman carried the cross on Good Friday together; and when he consecrated Ukraine and Russia simultaneously to the Virgin Mary.