Ukrainian Autocephaly and Responsibility toward the Faithful 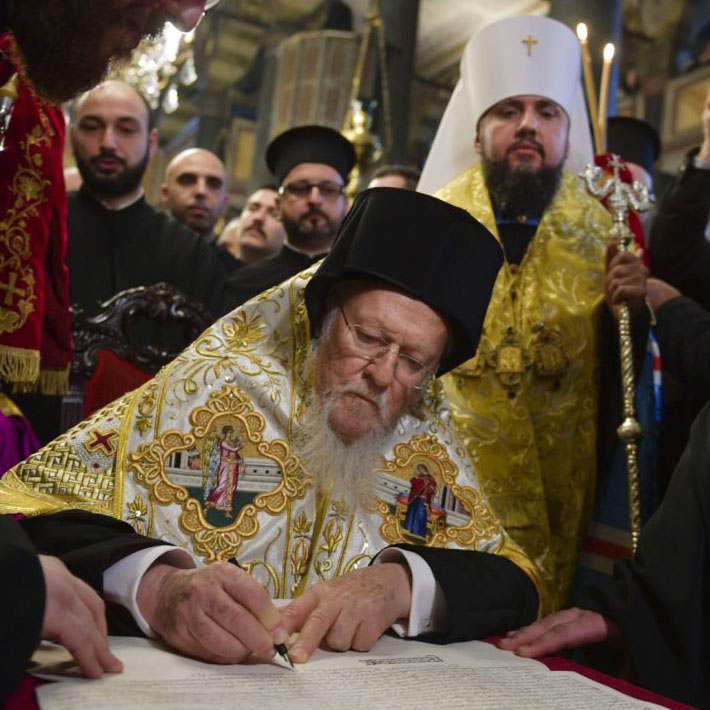 As His Beatitude pointed out in his opening address, we are concerned with the Orthodox people of an independent state, which Ukraine constitutes today. We are dealing with millions of Orthodox faithful, who have historically suffered from policies of either Poland or Russia. Therefore, our focused discussions on the validity of Ordinations and the stance of Bishops must take into account the existence of millions of believers for whom we are responsible.

As the Archbishop of Athens and All Greece underlined, shortly after the collapse of the Soviet Union and the declaration of independence of Ukraine, the latter requested that its local Church be granted the status of autocephaly, in accordance with the pattern of the other Autocephalous Churches. This original request was a genuine one. The fact that it was co-signed even by the current Metropolitan Onufriy is a strong indication that it was a comprehensive request, in the sense of reflecting the desire of the entire people and the hierarchy, so that they would achieve independence from subservience to the Russian hierarchy. Unfortunately, this general request was not answered adequately, and the issue remained pending. Nevertheless, we are dealing with an independent Ukrainian state, a people with a particular identity, to which the Orthodox faith has also contributed.